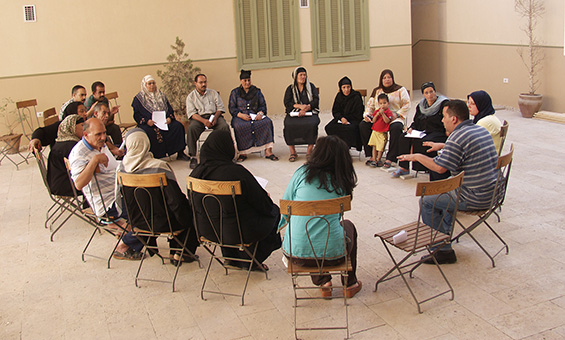 Could Participatory Budgeting Work in Egypt?

Every year, the central government sets spending priorities for Egypt.  Politicians, ministries and government departments devise plans on what projects or initiatives they would like to fund and submit these proposals to the Ministry of Finance for approval.  The Ministry of Finance then weighs all of these proposals and creates a national budget.  This budget determines how much money each ministry and department of the government receives.  This budget also includes how much money is allocated to your community and for what purposes.

What if you decided how to spend some of the money allocated for your city instead of the government making all of the decisions?

Although the national budget is far more complex than your personal budget, the principal is the same.  You first estimate how much money you have (including income, savings, and loans from family, friends, or the bank).  Based on that amount of money, you can decide how to spend your money.  Do you have enough money to add another story onto your house and pay for your son’s wedding this year or will you have to wait another year or two on the house?  What about a new television or new furniture?  Can you have both or do you have to choose just one?

PB works just like this.  But instead of deciding how to spend your money on your household, you and your neighbors decide how to spend public resources on your community.  Do you want to fix the electricity connections on the street or pave the road that your bus takes each morning on your way to work?  Does the school need to be repaired or would you rather see the garbage collected regularly?

PB is practiced differently in every city.  The trick is to learn by doing, to find out how the process will work in Egypt and serve the public interest.  There are some common practices in PB throughout the world which can serve as a starting point for cities in Egypt.

The municipality is divided into regions to facilitate the PB process.  These regions are small enough to allow a broad base of participation, but not too small to be an administrative burden.  Throughout the year, government-sponsored meetings are held in each of these regions, where participants may discuss various policy and budget related issues.  This is also the forum through which the government may communicate related information to the public.  Each of these regions elects members to be part of a municipality-wide participatory council.

The public participants deliberate and negotiate among themselves and with the government to set priorities for spending and policies.  Through these deliberations, the government compiles a list of potential projects.  Together, participatory council members visit all of the potential project sites prior to a final vote to evaluate the relative social need of each project.  After the visit, the participatory council members vote on the final projects and the vote becomes part of the public record.  After the final vote, the projects are sent to the legislative body of the municipality. [1] The government usually develops an index based on quality of life standards such as income levels, infrastructure systems, population density, etc. that serves as a basis for the distribution of resources.  The projects are weighed against this index.  The legislative body may approve or reject each of the projects, but may not modify them.

As for monitoring and evaluation, the government issues an annual report with details of the public works and programs related to the PB process.  Further, committees are created to monitor the implementation of the public projects.

(This comparative material is based on Wampler, 2007.)

[1] In Egypt, Local People’s Councils, which were suspended after the Revolution, did not have the right to make local laws although they could collect local fees and supervise local utilities and services.  Local councils however, could still deliberate about budgets and engage citizens in this process and the local administration authorities and their executive council would implement the project.