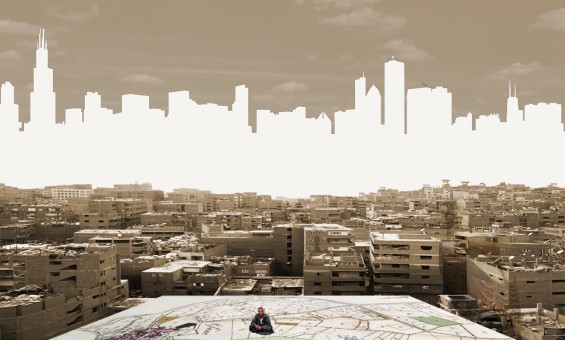 The Right to Property

Everyone interacts with property every day. We talk about “my” phone or “my” apartment with a clear notion that it is indeed “mine” and no one has any right to do anything with it without “my” permission. For the most part, these daily interactions with property are relatively clear and unchallenged:you may do as you wish with your property and are entitled to whatever the benefits of ownership may be. However, the rights over “your” property can be deceptively complex, especially when discussing land, buildings, and natural resources where issues of land use, building codes, and the public interest muddy the waters. For example, what if you intended to build a balcony over the street on “your” apartment?If it were entirely “your” apartment, you should be able to do as you please. But when planning regulations forbid its construction because it crowds the public right of way or your neighbor complains because it affects her privacy, we can begin to appreciate the limitations of the right to property and how one property use can be a violation of someone else’s property right.

Most national Constitutions guarantee the right to property in one form or another, but reserve the state’s right to put limitations on the right to property or to dispossess individuals of their property so long as it is not “arbitrary” or if it serves the “public need” or “public utility or social interest.” The question becomes how does one define, protect, and promote the collective notion of property and the public interest, such as creating urban mass transportation or building parks and youth centers, or protecting the environment (including waterways in urban areas) and public health when land is scarce and private property rights are entrenched?

The Right to Property in Egypt

Egypt is no stranger to controversy when it comes to property rights. Under colonial rule, the monarchy and later the British maintained control of the country through large (monopolistic) agricultural land-holdings. Soon after Independence in 1952, the Revolutionary Command Council, led by future presidents Muhammad Naguib and Gamal Abdel Nasser, implemented land reform to redistribute the large landholdings to peasant farmers, severely curtailing the right of private property. As part of his socialist and foreign policy platforms, Nasser also nationalized large foreign holdings such as the Suez Canal Company and minority-owned land and businesses.

The pendulum swung back towards private property rights in the 1970s under Anwar Sadat’s Open Door policy (Infitah) which encouraged investment and curtailed the restraints of the land reform laws Nasser had put in place. In the 1980s and 1990s under pressure from the international community to privatize Egypt’s economy, Hosni Mubarak privatized much of the public sector, often enriching his cronies or political supporters.

The issue of private property rights are further complicated in Egypt, and Cairo specifically, because of informal construction.Informal construction constitutes 65 percent of Cairo’s built environment. [1] Many homes and apartments were built illegally on agricultural land or on peripheral desert lands that were technically owned by the state or the military. As a result, a large percentage of the population does not have legal title to their properties.Is it their property or does the government have the right to evict them? The reality is understandably a bit more complex. For the most part, citizens have been able to remain in their homes and businesses simply because a full-scale displacement of everyone living in informal areas would be impossible. However, when there are competing interests for the land, typically from wealthy developers or government planners, the government has been quick to displace residents. For 65 percent of the city, is it fair that their right to property may be determined by the interests of the wealthy elite?

The New Egyptian Constitution guarantees the right to property. Article 21 commits the State to protect property of all kinds.

The State guarantees and protects legitimate ownership of all kinds of public, cooperative and private property and endowments [a donation of land or property for charitable purposes that is regulated by Islamic and national legal practices] that is, as shall be regulated by law.

Article 24 makes the connection between private property and the national economy explicit.It also sets limits on property ownership and safeguards the right of the State to acquire private land “where the public good requires.”

Private property is inviolable and has a function in the service of national economy without deviation or monopoly. The right of inheritance shall be safeguarded. Private property may not be placed under sequestration except in cases specified by law, and with a court order. Ownership of property may not be removed except in cases where the public good requires and with just compensation paid in advance. All of the above shall be regulated by law.

Regrettably, these articles leave the possibility of forced eviction open and fail to recognize the ambivalent rights of people living in informal areas.

Most discussions about property rights assume that the State should recognize and enforce these rights. However, there is a countervailing movement against this classical conception of property rights that contend that property is not a right at all, but that it has asocial function. This social function of property recognizes the impact of property ownership and use on the larger community. It recognizes that property owners have obligations to serve the community through a productive use of their wealth. It is the obligation of the State to intervene through taxation or expropriation when properties are left unused.

Many countries in Latin America and Europe have included elements of the social function of property in their legal system. For example, article 14(2) of Germany’s 1949 Constitution states that: “Property imposes duties. Its use should also serve the public weal.”Article 19(24) of the Chilean Constitution reads,

Only the law may establish the manner to acquire property and to use, enjoy and dispose of it, and the limitations and obligations derived from its social function. Said function includes all the requirements of the Nation’s general interests, the national security, public use and health, and the conservation of the environmental patrimony.

Article 183 of the Brazilian Constitution guarantees the rights of squatters who have been in place for more than five years and article 182 reads:

The urban development policy carried out by the municipal government, according to general guidelines set forth in the law, is aimed at ordaining the full development of the social functions of the city and ensuring the well-being of its inhabitants.

In 2001, Brazil passed the City Statue orlegislation to enforce Articles 182 and 183 of the Constitution and enforce the social function of property by prioritizing social interests over individual ownership rights and to end property speculation through which private interests benefitted most from public investments.

The social function of property is not an unfamiliar concept in Egypt and other Islamic societies. Traditional Islamic law recognizes that property has social dimensions and that property owners have clear obligations to the community. The most well-known of these practices is zakat which requires individuals to give two percent of their wealth for charitable purposes, but there are several others. Islamic law prohibits usury (riba), speculation (gharar), and hoarding (kanz) in order to keep wealth mobile and avoid the concentration of wealth in the hands of a few. Finally, the Islamic concept of ownership is commensurate with work effort. For land, ownership is determined by development and use. If someone turns previously unproductive land into productive land, they acquire the right of ownership over that property. Once acquired, the right to ownership is not lost by non-use alone, but is relinquished only if someone else makes productive use of that land.When Islamic law developed, these rulings were mostly applicable to agricultural land holdings though it is not too much of a stretch to see how they might apply to urban areas to realize a socially beneficial use of property in our cities.

There is ample room for debate about the right to property, the role of property, and the balance of private rights to property and its social dimensions. Many scholars have said that the growth trajectory of Cairo is unsustainable, that land speculation is too great, and that the growth of informal settlements is indicative of reform. We contend that the growth of Cairo is not only unsustainable, but fundamentally unjust. These issues are contentious. There are billions of dollars at stake in Cairo’s real-estate market as well as the livelihoods of millions of people. But no matter the circumstances, the interests, or the pressures, as we think about the right to property in Cairo, we believe that Cairenes will be deliberating these issues in the near future and considering new innovative solutions to these tough questions.