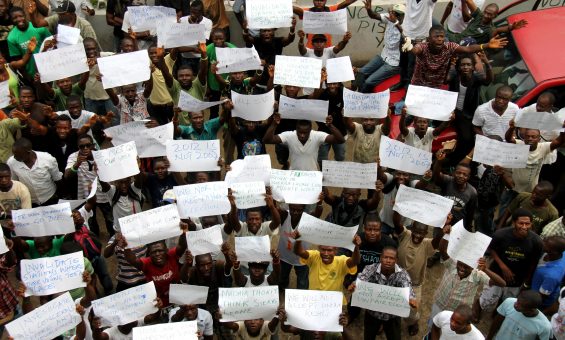 As Habitat III approaches, governments, civil society groups, advocates of responsible urbanism, and others are weighing in on the Zero Draft of the New Urban Agenda (NUA), the outcome document that states will endorse at the conference. In May 2016, a coalition of Brazilian civil society organizations gathered in Sao Paulo to examine the draft NUA. They released this statement commenting on the content of the NUA and calling for a number of changes to the draft.The New Urban Agenda is meant to lay the groundwork for sustainable urban development and housing efforts that will impact cities worldwide far into the future. It aims to realize democratization and accessibility of the city to all members of society. However, advocates of the right to the city are concerned that certain oversights in the draft NUA potentially expose large segments of society—the poor and disadvantaged in particular, to deprivation of their rights and exploitation at the hands of big business, land speculators, and profiteers. The right to the city has emerged as a point of controversy in the debates leading up to Habitat III, and over 100 organizations from around the world have come together under the banner of the Global Platform for the Right to the City (GPR2C) to promote its inclusion in full. The Brazilian CSOs that published the May 2016 statement are part of the GPR2C.

The coalition argues that the draft NUA presents the urban development process in a neutral manner, which masks the “exclusion, regression, and violations of rights experienced daily by the population” in many cities. The statement raises concerns over three issues in particular: the implementation and accountability of the NUA, people’s rights of access to, and shared use of the city, and the role played by the private sector in the NUA. It also strongly suggests that the NUA must include a stronger and more precise commitment to the right to the city, including in the way the NUA is implemented and monitored. The draft NUA, according to the coalition, does not adequately distinguish between public spaces with property owned and managed by the State—public ownership does not guarantee that a space serves the public’s needs or are intended for their use. Only then can public spaces become widely accessible by all and shared by many different groups. Again, a major part of the coalition’s position is to protect the rights of the most vulnerable members of the population who should share the same rights as all other citizens, such as access to public space, among other rights.

Although this statement originated out of a coalition of Brazilian civil society activists, who have a well-known record of promoting the right to the city and urban rights domestically, these issues are also extremely important for many other urban environments throughout the globe which have also experienced the ill effects of neoliberalism such as gentrification, land speculation, gated communities and the demise of truly ‘public’ spaces and reduced participation in governing their cities. Since this statement was released, negotiations among UN member states have produced a number of iterations of the draft NUA. The most recent draft, which will be the final draft states will vote on in Quito, was released on September 10. This new draft includes the term “right to the city,” but significantly dilutes its definition in comparison to what was initially proposed.

TADAMUN is publicizing this statement in the Middle East and North Africa (MENA) because there are many urban residents in this region who suffer from the “social-territorial inequalities” which this statement highlights. Too many discussions of urban poverty in Cairo or other cities in MENA focus narrowly on poverty as a consequence of individual or household incomes. As these Brazilian CSOs point out, urban poverty is deeply connected to more structural issues such as access to services, goods, and opportunities. Spatial inequality has grown in the neo-liberal globalized era, along with urban segregation, social exclusion, public insecurity and violence and these issues need far more recognition and attention not only in the New Urban Agenda but also in national plans and commitments to the Sustainable Development Goals and Habitat III, throughout MENA. It is important that civil society, urbanists, planners, and professionals in the region participate more and shape the dialogue about the New Urban Agenda as Habitat III convenes in Quito on October 17 – 20, after the conference, and in national plans to implement these global commitments.