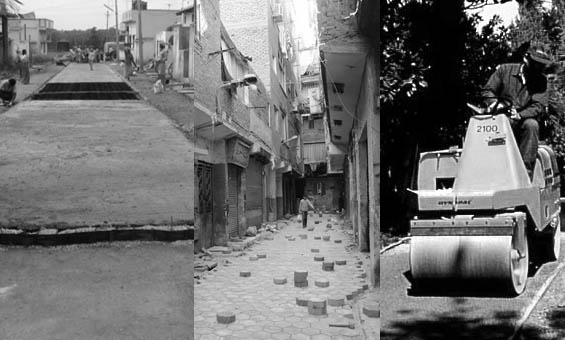 In Principles of Street Paving & Maintenance, we looked at a pavement repair method known as “whitetopping”. In this follow-up article, we outline less expensive and equally efficient alternatives that are more practical for given roads and are underutilized in Egypt. Such methods include cast in-situ concrete pavement, interlocking concrete block pavement and dirt/earth roads. 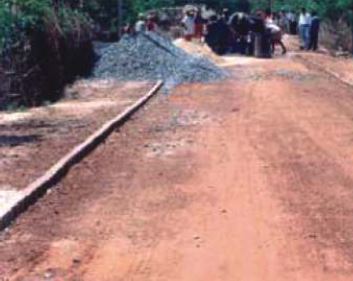 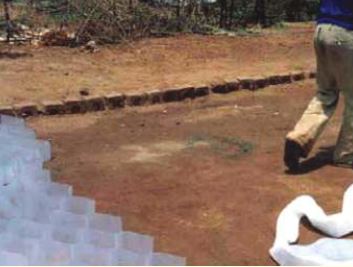 There are three techniques that may be implemented for the construction of this method. The first technique described below requires the use of single size aggregates:

The second technique of construction is appropriate when the percentage of flat and thin aggregates is high such that the flakiness index is higher than 30. 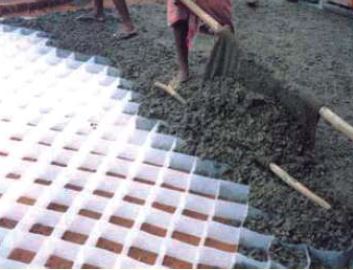 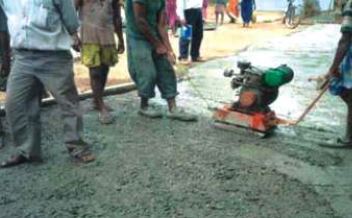 The third technique of construction utilizes a standard concrete mixture, however is less favorable as it requires skilled labor for the plastic cell formwork. 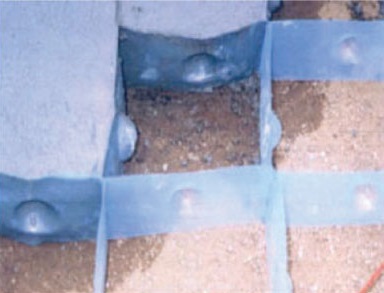 Research conducted has shown that the strength of this method is three times that of bituminous concrete paving achieved with a thinner surface layer and has an expected life of 15 – 20 years requiring little to no maintenance. The cost of construction for this method was estimated to be around 150,000 EGP/km, 60% of the cost of traditional concrete roads (Pandey, 2006). Practically speaking, a 250 m long pavement, for example, would cost approximately EGP 40,500.

This method is a flexible paving technique suitable for secondary and tertiary roads. After the crown road cross section is established with the subbase compacted to 95%, the process of installation of the concrete blocks can begin. Below is a list of steps explaining this paving method (ICPI, 2014).

1.Firstly, the precast curb blocks are placed on the compacted subbase as an edge restraint as shown in the section below (Figure 6). Either sand or a mixture of cement mortar with 1 part cement: 6 parts coarse sand is used as a seal between the curb blocks and the compacted subgrade using a plate or manual compactor. 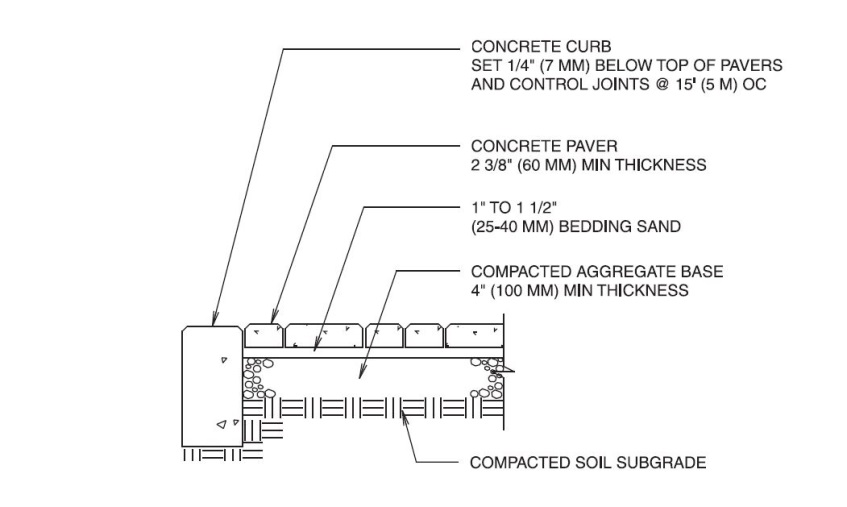 2.Next, a layer of sand bedding (with optimum moisture content from 6% – 8%) is placed with initial thickness of 25 mm – 50 mm and final thickness of 20 mm – 40 mm after compaction using a plate or manual compactor. The layer is evenly spread with the use of screed boards (Figure 7). It acts as the base course layer of the typical flexible road structure above the underlying compacted subbase. 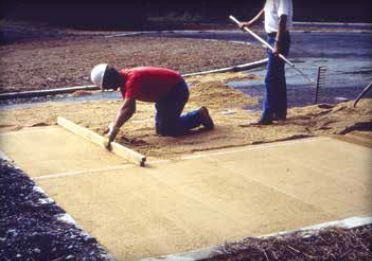 3.After this, the blocks are ready to be laid out ensuring the bedding of sand is not stepped on. They come in different shapes and colors, and the pattern used for the blocks can vary, for rectangular blocks the most efficient pattern used is the 90-degree herringbone as it performs better under traffic loads (Figure 8).

4.The process of laying the blocks should start at the lowest point along the curb and move inwards towards the centerline with tight spacing between the pavers of no more than 3 mm (Figure 9). 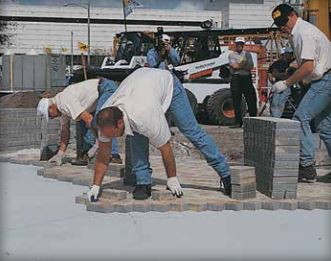 5.After the laying of the blocks is complete, compaction is implemented with a vibratory roller or a vibrating plate compactor. The plate compactor must pass over the surface at least twice (Figure 10). 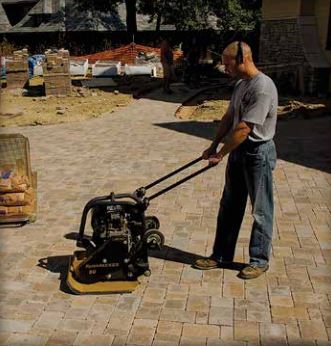 6.The final step is spreading sand over the surface and using a plate compactor to ensure the sand has efficiently filled the voids between the blocks.

This method can be open to traffic immediately after installation is complete and does not require skilled labor or sophisticated equipment. It also allows for easy access to underground utility networks without damage to the pavement, as well easy maintenance when required. The cost average is 40-55 EGP/m2 (European Concrete Technologies, personal communication, 2014). Thus paving a 250 m2 area would cost approximately EGP 12,000 – considerably more cost effective than the use of asphalt.

The third method explained is constructed entirely with locally available earth material when lacking alternatives. It is labor intensive and does not require any additional costs of material or special equipment. Below is a list of steps explaining this paving method (Kumar, 2014). 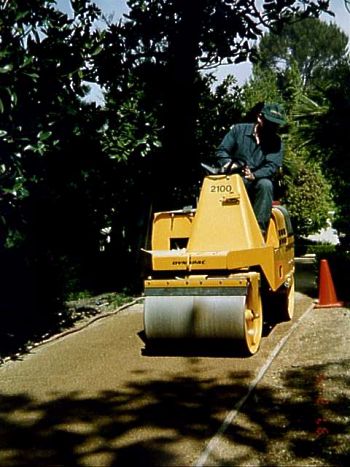 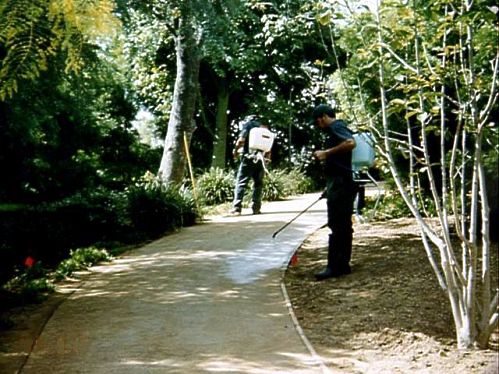 The key for maintaining a dirt road is proper drainage and the immediate removal of excess moisture.

Lehasa, L. (2012). An investigation on underground transport roads and influence on safety and productivity at Khutala Colliery. Journal of the Southern African Institute of Mining and Metallurgy, 121 (4). Link