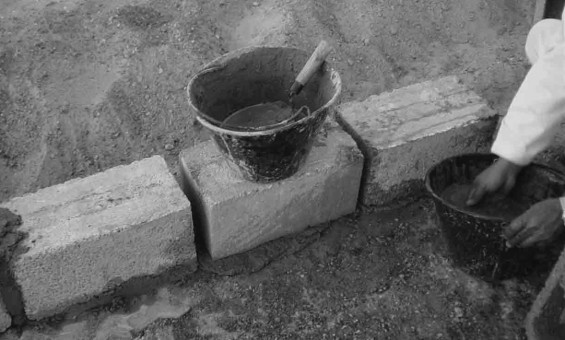 Social Production of Habitat in the Egyptian Constitution

There is much room for improving living conditions in Egyptian cities. The government spends billions of pounds annually on housing, transportation, utilities, education, public health, job creation, and other initiatives to increase the overall quality of life in urban areas. While this spending has contributed to important gains over the past few decades, the majority of Egyptians have seen little, if any improvement in the built environment of their communities. With an estimated annual population growth of 1.45 million people across the country, over 300,000 of which are in Greater Cairo alone, the pressure on the built environment for housing alone will continue to overwhelm the capacity of the government as it has done for the past several decades. A new approach to the built environment is needed if the challenges facing our cities will be met.

What is the Right to the Social Production of Habitat?

Global experiences in SPH are diverse in theme, scope, and strategy. However they share a number of features:2

Effects on Our Everyday Life

The social production of habitat is not a new idea. Communities have been working together to improve their living environment for centuries. However, over the past 60 years in Egypt, the role of the government has dramatically altered the dynamics of communities in several ways. First, the government has taken on the responsibility of providing a vast range of public services including education, healthcare, utilities, and in some cases, housing. Second, where the government has failed to provide these services, especially in poorer areas, it has prevented communities from working together to address their situation on their own. It has done this through restrictive NGO laws, burdensome registration and approval requirements for any kind of community organization, and constant surveillance. The government discriminates against poorer areas and does not provide them adequate resources. In this environment, SPH actions are the only feasible option for the poor to improve their homes and communities.4 Since the 2011 revolution, there has been a groundswell of support for community initiatives from citizens. This social production has opened new spaces of participation in Egypt that were unthinkable just a few years ago. These community initiatives can help develop local governance in Egypt, as has been the case in other countries around the world.5

The Social Production of Habitat in Action

To be able to cope with the increasing housing demand in a way that does not continue to illegally encroach on agricultural or state-owned land as has been the case over the past half century, there must be an institutional method that makes renting, purchasing or building a housing unit feasible and affordable to the majority of people. Currently, there are few affordable mechanisms through which an average citizen or group of citizens can purchase a piece of land from the government on the city periphery (or in the city, if available) to build a house. If housing is found at affordable prices, citizens usually face a legal labyrinth of requirements and procedures.

The closest example of a project that embodied the principles of SPH in Egypt was the participatory upgrading of Ḥai al-Salām in Al-Ismā`ilia in 1978, in el Hekr – one of the largest informal settlements in the city. This project can be considered the first bottom-up urban upgrading project in Egypt that aimed to solve the problems associated with informal construction without relocating a whole community and at the same time recognized local construction-related knowledge acquired by residents from informal construction. As such, the project focused on addressing the major problems in the area: security of land tenure, improvement of existent households and the provision of basic public services.

The project assisted residents to build their houses  incrementally by offering land at subsidized prices to low-income families through micro-credit and financing plans.

To ease the construction process for residents, building materials were made available and construction standards and procedures were simplified. The project started by providing minimum infrastructure for all areas and incremental upgrading when and where there was demand for it. Instead of the conventional policy of direct housing provision that relocates residents into large-scale public housing units, the project recognized informal construction and decided that addressing basic collective needs is more productive than setting unattainable standards that can only be met for a minority due to limited resources. This project gained international recognition by many organizations including the World Bank and several development agencies attempted to adopt it as a model for urban upgrading projects, however it has not been replicated in other informal areas in Egypt.6

Recognizing and Strengthening Community Organizations: a viable option for the poor

Community organizing such as this is not easy in Egypt, yet its benefits are plain for anyone to see. The government should encourage and protect community initiatives that are helping to create better urban environments. Mīt ‘Uqba is a small, densely-populated district that has been settled for a century, but since the 1960s it has been overshadowed by upscale Muhandisiin. The neighborhood faces many urban challenges and suffers from a deficit of public services. In 2008, the government promised Mīt ‘Uqba residents that it would install natural gas connections in their neighborhood but they had never materialized. The Mīt Ùqba Popular Committee, formed during the 2011 uprising, prodded local government officials and mobilized community support to finally launch this project and they instigated their own initiative to pave the neighborhood’s streets after the natural gas connections were installed. The Committee learned about the requirements of the project, enlisted community volunteers as labor, and monitored the contractors and the construction. Their engagement in the project and ability to partner with local government officials reduced the project’s cost, extended its reach, and produced higher quality results.

In many cases in Latin America (e.g. Lima, Peru; Sao Paulo, Brazil), community-based social movements engaged in improving their habitat and then demanded a stronger voice in urban policies and recognition of their efforts from local government officials and other government representatives. Faced with pressure from these groups, some Latin American states recognized the organized communities as new local actors which ultimately resulted in the development and success of participatory local governance. Bolivia’s 1994 Law for Popular Participation7 is an example of the state recognizing community actors in local governance.8 This law transferred one fifth of the national budget to local governments and mandated community-based participation in local planning and budgetary oversight.

The Constitutional Right to Social Production of Habitat in Egypt

One of the common features of SPH experiences is the use of language of rights. These rights include the right to legal security of tenure and rights that entail the availability (e.g. access to safe water), affordability (e.g. right to affordable healthcare), and accessibility (e.g. right to adequate housing) of services, materials, and facilities. In order to respect, protect, and fulfill the rights associated with SPH, another set of rights should be fulfilled which include the rights to information, education, capacity building, participation, freedom of association, and self-expression.

Article 78 of the 2014 Egyptian Constitution directly addresses the principle of the social production of habitat as it encourages personal and collaborative initiatives:

The state guarantees citizens the right to decent, safe and healthy housing, in a way that preserves human dignity and achieves social justice.

The state shall draft a national housing plan that upholds environmental particularity, and guarantees the contribution of individual and collaborative initiatives in its implementation. The state shall also regulate the use of state lands and provide them with basic facilities, as part of a comprehensive urban planning framework for cities and villages and a population distribution strategy. This must be done in a way that serves the public interest, improves the quality of life for citizens and preserves the rights of future generations.

Other Articles that facilitate the SPH process include: Article 68 which gives all citizens the right to access to information; Article 73 gives citizens the right to organize public meetings; Article 75 entitles Egyptians to the right to establish associations, and Article 85 outlines the right to address public authorities. These articles do not address these rights comprehensively as there are some reservations on the ambiguity of the terms used in some of the aforementioned articles and the lack of clear implementation mechanisms and accountability.

The Constitution encourages self-help initiatives and cooperatives but does not provide any mechanisms to build, support, and recognize community-based collective initiatives. In Egypt, civil society and collective life has been tightly regulated, but there is a further issue that influences the autonomy and direction of the social production of habit. There are many community-led efforts that may not want official status from the government, because it often leads to government surveillance and bureaucratic limitations, but they may want to engage government actors and other activists when appropriate. SPH provides political space for informal groups, resident associations, or other forms of collective action to operate independently and autonomously when they want, and yet be acknowledged or legally protected as well.

Social production of habitat is multi-faceted and there is currently no constitution that covers all aspects. The Guatemalan Constitution (1985) targets increasing land titling to disadvantaged families through the establishment of a financing system for the construction of popular housing (Article 119). Honduras similarly mandates the establishment of a social fund for housing in its constitution to develop rural and urban areas (1982 Constitution, Article 181). The Philippines looks to public-private partnerships to “make available at affordable cost decent housing and basic services to underprivileged and homeless citizens in urban centers and resettlement areas” and obliges the state to “respect the rights of small property owners” during this process (1987 Constitution, Article 13.9).

Not only are SPH actions affected by existing laws and regulations, but they can also provoke legal and administrative changes.9 In Bolivia, for example, the pressure from Grassroots Territorial Organizations (GTOs) for more decentralization finally led to the Law for Popular Participation of 1994, which officially recognized GTOs, including urban neighborhood organizations, as new local actors. The Bolivian government registered more than 15,000 GTOs in only three years after the law was enacted in 1994. These organizations had been active in participatory planning, supervising local projects, and mobilizing community labor for those projects.10

The Bolivian Law for Popular Participation is a brilliant example of how laws can protect and promote the principle of SPH. It defines the scope and source of financial resources for SPH activities. The law clearly defines the role of GTOs in local governance, and it obliges the state to give more power to communities.

Citizens’ self-managed actions to improve their habitat do not absolve the state of its obligations to its citizens. On the other hand, the state should be obliged to adopt legal and administrative institutions that facilitate the process of self-managed local initiatives. Achieving this broad goal is, indeed, very difficult and requires determination and economic and social resources which are not easily available. The first step, however, can be a constitution that strongly supports the following principles of SPH: