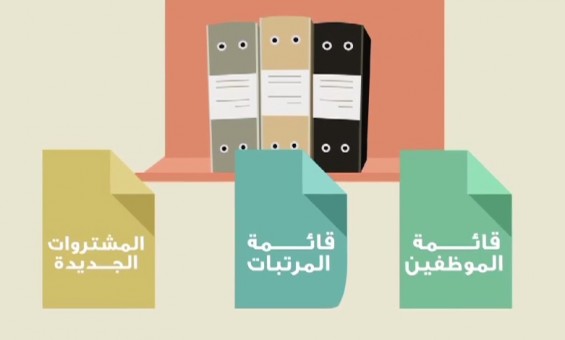 The Right to Information in the Egyptian Constitution

A chasm existed, and still exists, between the people and the State, a chasm of misinformation, trust, and respect. For decades, the Egyptian state concealed information from the public, only allowing access to in specific situations and as an act of benevolence towards the people. The type of information guarded is not only state and military intelligence – which is expected – but also information such as budgets, infrastructure projects and the allocation of resources. The right to information is paramount to bringing the state in line with the will of the people. There can be no democratic government without transparency and the sharing of information. Where there is a lack of information, there is a lack of confidence, and without the confidence of the people, the government will be ineffective and the people will continue to suffer. The people cannot hold the state accountable, corruption cannot be fought, and social justice cannot be realized if equal access to information is not available to all indiscriminately.

What is the Right to Information?

What is the Impact of the Right to Information on our Everyday Life?

Transparency In Local Urban Development
Access to public information is critical for improving urban development. In order for citizens to engage with the government effectively, the problems and constraints of urban development must be known publicly. Information can be used by marginalized communities to empower themselves to challenge unjust use of government resources and gain recognition by public authorities. A successful implementation of this happened in Mīt `Uqba, where community members and the Mīt `Uqba Popular Committee developed a plan with local officials and urban experts to maximize the benefit of the budget allocated for paving streets in the area. This could not have been made possible without the community’s strong relationship with local government officials who helped them obtain the necessary information about budget allocation and development plans. However, communities should not have to rely on personal relationships with government officials to access information that impacts their community.

The lack of government transparency with the people is very evident in urban planning on other fronts as well. It is common for an infrastructure project to go on for weeks and months and residents, whose quality of life is affected by construction and increased traffic, not to know the purpose of the project or the expected completion time. Citizens should have access to private and public development plans that affect their neighborhood and exercise their rights of protest or contestation if the plans dispossess them of their rights. The lack of information and transparency also extends to the availability of subsidized goods and other public services such as waste collection.

Transparency in Public Projects
The unavailability of information to the public about government priorities and resource allocation result in multi-million dollar investments that sometimes do not serve the public’s top priorities or that are not functional. For example, the controversial Cairo railway station renovation project spent 160 million Egyptian pounds on an aesthetic renovation of the station, without increasing – some would even argue that it lowered – functionality to users. The multi-million pound project did not include the much-needed infrastructure upgrading, increased maintenance to combat the high accident rate, or design changes that improve service.

Another example is the controversial Cairo 2050 master plan that is supposed to transform the capital into a “global, world-class city”. The little information that has been disseminated about the mega-project unveiled large-scale displacements and the social unfeasibility of the project that caused uproar in many academic, activist and professional circles. However, it is still unknown whether the government is planning to go ahead with the project or not. How can the public hold officials accountable if information is not available about budgets, how resources are used and decisions made?

Reducing Corruption
Corruption is widespread in Egypt and has many harmful impacts on society. Government inspectors can be paid off to turn a blind eye to shoddy construction work, risking the lives and livelihoods of people. Corruption reinforces divisions between those who have easy access to goods and those who are excluded. Government transparency can reduce corruption considerably, and a right to public information is paramount to pulling back the veil of secrecy that covers the Egyptian state.

Protecting Public Information (Documentation & Archiving)
How can the right to access information be fulfilled if the information is not well documented and safely archived in the first place? The government online information portals are outdated, with some information one or two years old. Public authorities should be obligated to regularly publish and disseminate key categories of information and keep it up to date. Anyone who dealt with the archives office in any public authority knows how badly organized files are kept. Often enough, documents such as demolishing decrees or driving license records are kept in neglected storage rooms – with no backup – prone to deterioration from water damage or fires. The law should regulate the procedures for filing and preserving public documents.

The Right to Information in the Egyptian Constitution

Despite being a signatory to the United Nations Convention Against Corruption, the right to information first appeared in the 2012 Egyptian constitution. Article 47 states:

Citizens have the right to access information, data, statistics, and documents, and to disclose and circulate them. The state guarantees this right. The right is constrained by the inviolability of private life, the rights of others, and exigencies of national security.
The law specifies the principles by which public documents are accessed and archived. It determines how information is acquired and complaints against information denials are lodged. It also specifies how accountability for such denials is established.

The 2014 Constitution, Article 68 removed explicit reference to the constraints to this right, “the inviolability of private life, the rights of others, and exigencies of national security” and left it to the law to organize “ rules of availability and confidentiality”. This does not mean that these constraints were removed; the constitutional committee shifted the responsibility to legislation. A welcomed addition to the 2014 is assigning state institutions to protect and digitize archives. The new Article 68 reads:

Information, data, statistics and official documents are owned by the people. Disclosure thereof from various sources is a right guaranteed by the state to all citizens. The state shall provide and make them available to citizens with transparency. The law shall organize rules for obtaining such, rules of availability and confidentiality, rules for depositing and preserving such, and lodging complaints against refusals to grant access thereto. The law shall specify penalties for withholding information or deliberately providing false information.

State institutions shall deposit official documents with the National Library and Archives once they are no longer in use. They shall also protect them, secure them from loss or damage, and restore and digitize them using all modern means and instruments, as per the law.

As of date, the “Access to Information” law that the article refers to is yet to be passed. It is worth noting that in 2012, several civil society organizations, academics and public figures drafted a “Freedom of Information Bill” and presented it to the People’s Assembly.1 This bill clearly defined “national security” to avoid ambiguity as follow:

1. Military plans and operations, and the state of readiness and operational capacity of military units, including identity, force, leadership structure, organization of troops and units, and the equipment of any armed forces, as long as this information still hasoperational use.

2.Weapons and their production, capabilities and use, including technical specifications and inventions.

3.Procedures for the protection of individuals, materials, systems, and facilities against an attack representing a danger to national security.

4.Information falling into any of the aforementioned categories which has been presented by a foreign country or international body, who have asked explicitly and in writing that it be kept secret.

5.Criminal investigations, which relate to matters falling into any of the aforementioned categories.

6.Secret intelligence service activities, sources or techniques, which relate to matters falling into any of the aforementioned categories.

The constitution needs to define the limitations of the right narrowly. If they do not, the right will be lost. Note that the “Access to Information Law” referred to in the above article has not been passed as of November 2013.

A citizen shall have the right to obtain information on the activities of organs of public authority as well as persons discharging public functions. Such a right shall also include receipt of information on the activities of self-governing economic or professional organs or organizational units relating to the field in which they perform the duties of public authorities and manage communal assets or property of the State Treasury.

One of the most interesting applications of the right to information is the Right to Information Act in India that came into effect in 2005. Within two years of the Act being passed, more than 2 million requests for information were filed and information obtained was the basis of a nationwide anti-corruption movement. Despite not being a constitutional article, we feel it is a strong example of how guaranteeing equal access to information can be a tool utilized by the underprivileged to claim their rights

As the examples above show, there are several ways to include guarantees to the right to information in new policy initiatives. The following points can serve as the foundation this right.

Karanicolas, Michael and Toby Mendel (2012) Entrenching RTI: An Analysis of Constitutional Protections of the Right to Information. Centre for Law and Democracy. March.