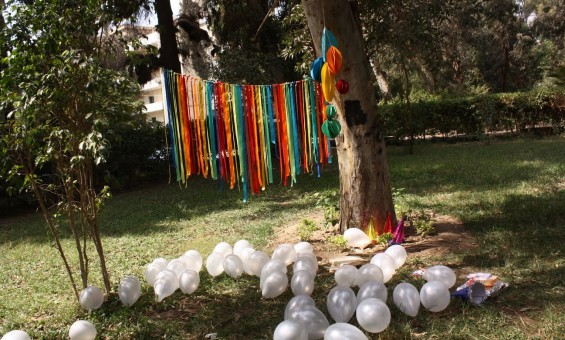 The Right to Public Space in The Egyptian Constitution

Public spaces are the “front porches” of civil society, social spaces that are open and accessible to the public such as roads, squares, parks, and beaches. How people use public space contributes to the creation of a city and neighborhood narrative. Egyptians do not have the right to public space in law and only started to reclaim it in practice since 2011. Egypt’s dense urban areas are in desperate need of more public spaces, especially in the informal areas of the city to socialize, express opinions and ideas, or to simply take refuge from the fast-paced life we all lead.

What is the Right to Public Space?

What is the Impact of The Right to Public Space on our Everyday Life?

Public Spaces as Mediums for Political Expression
The need for open, accessible public spaces is necessary for sustaining the public spirit that dominated Egypt during the 2011 Revolution. For decades, the State has depended on the control of public spaces to maintain security and “order,” a practice adopted wholesale by the current regime, best exemplified by the new “The Right to Protest” Law that restricts the freedom of assembly and protests without the prior consent of authorities. The law differs from global counterparts that require prior notification of the state and not prior consent to organize a peaceful protest. Public space should be used as a forum of public expression and idea exchange even when individuals or groups disagree with each other or with the state. Peaceful rallies and protests are legitimate uses of public space. It is through this use of public space that people can gain recognition and legitimacy for their social, economic, and political demands.

Public parks have the potential to be one of the most inclusive public spaces; free of charge, no membership required, open to everyone, citizens and visitors alike, people from different ethnicities, socioeconomic backgrounds, political/religious affiliations share the green space and peacefully coexist. Much like a neighborhood café, public parks organically create a community of regulars, as well as the occasional visitors, among whom a social contract is created.1 Limited accessibility to public space increases the social divide within a city, where only those who can afford it get to enjoy leisure activities in “fortified” semi-public spaces in gated communities, sporting clubs, amusement parks, shopping malls, etc.

The limited green space in the city is the furthest from being equally distributed. Residents of high-income areas in Cairo have 4-7 sqm/cap of green space per person, which is almost 70 times that in the poorest areas, many which do not reach 0.1 sqm/cap.6 People are left with very limited options for free green spaces in the city. In the more affluent areas, such as Heliopolis there are block parks (though some are better kept than others) and green spaces in median strips. The larger ones are often visited by medium- and low-income residents from surrounding areas for family picnics on weekends or a game of soccer. Egyptians living in dense urban areas make the most of the public spaces available to them, but their overall quality of life would increase if they had access to quality public spaces.

Al-Azhar Park in Cairo – built by the Aga Khan Trust for Culture – illustrates the demand for green space perfectly. The park is popular with Cairenes from different walks of life and socioeconomic backgrounds and is one of the few spaces in the city that attracts such a diverse base of visitors. Despite having an entry fee,7 which some may say excludes it from being a “public” space, in a city where most leisure activities and spaces are exclusive to certain classes of society (private sporting clubs, clubs for professional syndicates, army/police personnel, etc.), Al-Azhar Park offers people in the city 30 hectares of green space and facilities that is open to anyone as long as they can pay the modest entry fee. The Park’s popularity is indicative of the great demand for quality public space in our cities.

There are far more benefits to green space that go beyond relaxation and leisure activities. Studies have shown that urban green spaces can contribute to people’s psychological well-being. The World Health Organization includes the amount of green space per capita in its set of health indicators for sustainable cities, calling access to green space “essential to public health.”8

Vibrant and publicly accessible spaces are indicative of a city or nation in which the public has a say in land use decisions. Instead of working with communities to decide how to use available land in dense, urban areas, the Egyptian government often gives preference to private developers and, in general, there is a lack of transparency and accountability in government decision-making in this regard.

Privatizing leisure spaces excludes certain activities or people as the profitability of the space takes priority over its social and environmental functions. For instance, the vast majority of waterfronts along the Nile are inaccessible to the general public; they are upscale restaurants and hotels, or clubs for professional syndicates (judges, engineers, doctors, etc.), or army and police personnel. This prevents the majority of the public from enjoying this national resource. Outings along the Nile bridges are sometimes the only way to enjoy the river free of charge, since sidewalks with even a view of the river are also surprisingly rare. Another example is Al-Qanatir El-Khairiah, 25 kilometers north of Cairo, known for its numerous parks along the Nile that are particularly popular over the holidays. Despite its distinctive location, where the Nile splits into Damietta and Rosetta (Rashid) before pouring into the Mediterranean, and its great potential to support the local economy, most of the best locations – similar to the Nile banks in Cairo – have been privatized by the clubs for professional syndicates.

Exclusion from public spaces is not only due to privatization, but also because these spaces are not adequately developed. An empty lot that is fenced off and disinviting with no seating, shade, lighting, and limited accessibility for the disabled discourages public usage. Any resident or visitor to Cairo is familiar with the green metal barriers surrounding most public spaces, squares and main roads that instill a sense of entrapment and not belonging and create an “implicit code of inclusion and exclusion.”9

Women are particularly vulnerable to being excluded from visiting public spaces due to increased sexual harassment and perceived danger. According to a UN Women study in 2013, 99.3% of women in Egypt experience sexual harassment, with the incidents increasing in number and severity during holidays.

Public spaces are further limited by the fact that government officials often appropriate public spaces of historical significance for tourism, commodifying the space, and even occasionally restricting access to citizens. Protecting historical sites and promoting tourism are important, but conservation and public use are not mutually exclusive and a balance between the two should be negotiated.

Soon after the fall of the Mubarak regime, as the presence of policemen and security forces receded, street vendors occupied a larger share of city streets, especially in the commercial district in downtown Cairo. Shop owners have also begun using far more of the sidewalks in certain areas to sell their goods. This de-securitization of public space allowed more diverse practices and uses of public urban spaces. The newfound sense of ownership of these spaces – the street – was not as present before 2011 and there is debate as to whether this is a reasonable use of public space or if it infringes on others’ right to use the space (pedestrians, etc.). Although the security apparatus in Egypt has clamped down on public spaces, street vending, for better or worse, remain one of the few remaining visible reclamations of public space gained since the 2011 revolution.

The deterioration of public spaces is a result of poor management and increase of uncontrolled vehicular traffic on the expense of green and pedestrian spaces. The poor management is strongly linked to the complex administrative system that is responsible for public areas; where one entity is responsible for collecting waste, another for sewage management, a third for road infrastructure, a fourth for lighting the streets, and it goes on. This would be fine if any of these entities communicated with each other and coordinated their efforts, instead of what happens more often than not; a street is repaved only to be excavated to install gas pipes.

The Right to Public Space in the Egyptian Constitution

The right to public space is not recognized explicitly in the 2014 constitution or in previous constitutions. However, there are several articles that support fundamental rights that are necessary for the free and open use of public spaces.

Article 65 states, “Freedom of thought and opinion is guaranteed. All individuals have the right to express their opinion through speech, writing, imagery, or any other means of expression and publication.” Article 73 states, “Citizens have the right to organize public meetings, marches, demonstrations and all forms of peaceful protest, while not carrying weapons of any type, upon providing notification as regulated by law. The right to peaceful, private meetings is guaranteed, without the need for prior notification. Security forces may not to attend, monitor or eavesdrop on such gatherings.” And Article 81 obligates the state to guarantee the social, cultural, entertainment and sporting rights of people with disabilities and to equipping public utilities and their surrounding environment to accommodate their needs.

Taken together, these three articles provide somewhat limited guarantees for the use of public space (limited because public assembly requires prior consent from the authorities according to the new law). However, they do not guarantee access to public space for all residents, particularly its vulnerable groups of women, children, the disabled and refugees. The Egyptian Constitution does not address the privatization of public spaces nor does it recognize the necessity of public space in promoting a culturally diverse and accepting society.

Most countries do not have an explicit right to public space contained in their constitution but guarantee access to public spaces through legislation. However, there are some notable exceptions. Colombia was among the first countries to include the right to public space in a constitution. The 1991 Constitution, Article 82 states, “It is the duty of the state to protect the integrity of public space and its assignment to common use, which has priority over the individual interest.” This constitution was drafted during a time when Bogota, Colombia’s capital, was considered one of the most dangerous places in the world due to political violence and large swathes of the country were controlled by guerilla groups and drug cartels. Citizens were on edge and the public spaces throughout the country were fractured. By guaranteeing the right to public space, the State has made a commitment to protecting the social fabric of the nation.

Persons have the right to gain access to and participate in public spaces as a sphere for deliberation, cultural exchange, social cohesiveness and the promotion of equality in diversity. The right to disseminate in public spaces one’s own cultural manifestations shall be exercised without any constraint other than those provided for by the law, subject to the principles of the Constitution.

Open, accessible, safe public spaces in which citizens are able to express themselves, their opinions, and their culture, are vital to creating vibrant communities in Egypt and strengthening civil society. They are necessary to allow for peaceful, public discourse and an overall higher quality of life in Egypt’s urban areas. By incorporating the following elements, a constitution can be used to guarantee the right to public space: