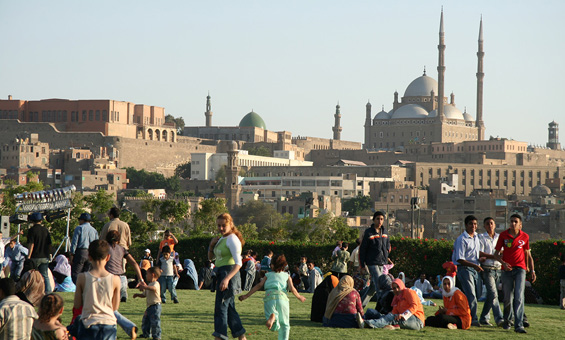 The Right to the City

Persons have the right to fully enjoy the city and its public spaces, on the basis of principles of sustainability, social justice, respect for different urban cultures and a balance between the urban and rural sectors.

Exercising the right to the city is based on the democratic management of the city, with respect to the social and environmental function of property and the city and with the full exercise of citizenship.

Article 31, Constitution of the Republic of Ecuador, 2008

What is the Right to the City?

The Right to the City is an ideal. It is an idea that cities belong to everyone, and everyone should have a say in envisioning and creating its future to conform to their needs and aspirations. It is about social justice. However, it is not another individual human right like the other set of rights we have presented. It is a set of collective Urban and Environment-Related Rights that promotes the common well-being of all inhabitants, it is the right to enforce all other rights, and requires collective action and citizen solidarity to realize. If one woman gains a full range of individual rights and her neighbor does not, or worse, she gains them at the expense of her neighbor, the right to the city has not been realized. It requires collective action because the right cannot be “given” by the State, but must be realized through citizen engagement. It is the right of all citizens to participate in the planning and decision-making processes that affect their living environment. It is the right of citizens to utilize urban space to its fullest potential for living, working, or playing. The absence or neglect of any citizen voice from the shaping of the city’s future falls short of the right to the city ideal.

The Right to the City is also about ownership. It rejects the natural tendency of neoliberalism to commodify the city and institutionalize spatial segregation and social exclusion. It recognizes that the private use of property has social implications, that all property has a social function, and prioritizes a socially just and environmentally sustainable use of urban space over individual property rights. Consider, for example, Cairo’s most important resource: the Nile. Who owns the Nile? Is it a public resource which everyone can enjoy equally? As wealthy investors buy up land on the banks of the Nile and state institutions control the riverbank for their own interests, could there be a future where most Cairenes experience the river only when crossing a bridge? Or what of the large gated communities and fenced green spaces that consume a considerable amount of our precious resources? Were those built for Cairenes or for private interests?

The Right to the City is about dignity. It represents the possibility of a city in which all people—the rich, the poor, the middle class, the landless, squatters, migrants, and minority groups—live with dignity and pride, where they are recognized as vital to the city’s success rather than as problems to be addressed. It is a city in which there is an equitable distribution of public resources such as land, labor, health, education, and housing.

The Right to the City is about access. It is the right for all individuals to use not only what already exists in Cairo, but to define and create the future development of the city to satisfy their needs and wants and desires. It is the right for citizens to a transparent and accountable government and the right to access publicly held information. It is the obligation of the state to honor the collective will of the people and not work solely on behalf of private or foreign elite.

The landless demand land; the homeless demand housing; the unemployed demand decent employment with fulfilling work; the creative demand artistic freedom; the differently abled demand adaptation to their needs; all demand beauty in their environment, access to nature and health care. However, these are not separate demands in a unitary view — they are essentially linked, not only in the vision of a city that can provide for them, but also in the analysis of why they do not exist today, what forces impede their realization, and what forces, groups and individuals have a common interest in achieving their multiple goals (Marcuse 2008).

What will the city look like when the Right to the City is achieved?

We must start with the fact that it will not be the existing city, or more of the same. … It is not for a city that, on the one hand, leaves a large portion of its residents with less than the basic material needs for a decent and healthy life: leaves many homeless, undernourished, in bad health and with inadequate care, in polluted environments, congested cities, insecure neighborhoods, subject to the domination and exploitation of their labor power and the restriction of their freedoms to speak to act, to assemble, to develop—residents deprived of even the rudiments of a decent life (Marcuse 2011).

The Right to the City

You might be reading this and thinking, “This is all well and good, but it is impossible. It can’t be done.” And you’re probably right—the distance between reality and the vision the Right to the City puts forth is daunting—but that misses the point.

There are very powerful interests in Egypt that would see the informal areas demolished, grand boulevards cut through the city, and millions of people displaced to remote areas well outside of the city. This vision is epitomized by urban development plans such as the grandiose Cairo 2050. True, few people, if any, expect the plan to be implemented in full; it is too costly, too outlandish, too garish, and borders on the absurd. However, despite all this, Cairo 2050 has achieved a great victory. It has defined the norms of a certain practice of planning in Egypt for years to come. It has established the parameters of the urban agenda and may still inform the discussion about the future of Cairo possibly under different names, even though it has been criticized by many key Egyptian urbanists and planners since the Revolution in 2011.

The Right to the City is a counterpoint to this vision, an approach that recognizes the imperative to involve the public in the decisions that affect the future of the city. Its full realization is equally improbable to the realization of Cairo 2050. But unlike Cairo 2050, it is a just vision and a fair vision, and like any vision it must be realized over time, but that does not preclude it from being accepted today.

The Right to the City demands democratic institutions, norms, and practices at all levels of government and throughout civil society. Electoral democracy is a start, but it aims to go beyond this. The Right to the City calls for the direct participation and constant engagement of citizens in resolving common challenges. The Right to the City is strengthened when groups of citizens make demands on local officials and work with government, civil society, and the private sector to solve problems collectively and inclusively. Popular Committees during the revolution embodied the notion of the Right to the City, by acting collectively in the interests of their communities as a crisis challenged the entire country. Some of these committees continue their important work. Many other new initiatives and NGOs have sprung up throughout the country as Egyptians express themselves, organize, and work to address their own needs and challenges. We applaud these efforts and encourage others to organize, mobilize, and make demands on the government. However, what is missing is the framework to unite these groups, a common denominator, an overarching vision: The Right to the City is our idea for that vision.